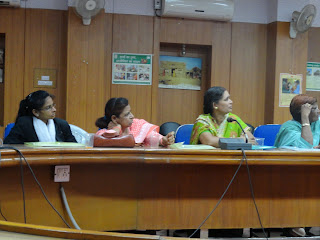 In Jodhpur’s Jilaa district yesterday, Vikalp Sansthan in partnership with the Department of Women and Child Development held training for Protection Officers concerning the 2005 Protection of Women from Domestic Violence Act (PWDA). The training, which was facilitated by Usha and Yogesh of Vikalp, had 40 attendees who were protection officers, advocates, police officers, judicial officials, media representatives, Mahila Suraksha Evan Salah Kendra counselors, social workers, and representatives from other NGOs working on this issue. During the training, there were four speakers who sat on a panel at different times to discuss the act and answer any questions the participants had. The speakers included Deputy Director of Women and Child Development, Secretary of Asha Botra Meera Sansthan, Up jila Parmukh Heera Lal Mundel, and Chief Justice Sri Mukesh. 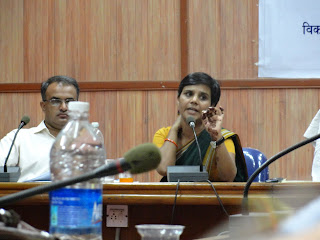 The main topics discussed during this training were the parameters of PWDA, the roles and responsibilities of protection officers and other governmental officials under PWDA, and the process and timing of filing incident reports on behalf of victims in the courts. During the training a couple of other important issues were also raised. The first was that of having a shelter home for the women. Many of the attendees believed that a shelter home was needed for women who decided to take legal action, and were in need of a place to stay until there court case was decided. Other issues raised by the attendees were questions related to police responsibilities and duties under the act, and also how the judicial process worked. 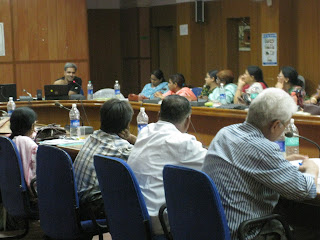 At the end of workshop, all participants decided to create a committee in support of the shelter home proposal, and to also pressure officials at the district level and state level about the proposal. Another group of participants decided that they would conduct an analysis of all pending court cases under PWDA, and meet with the related judicial officials to discuss these cases. Lastly, the participants along with Vikalp Sansthan decided that they would advocate for the police to paste all Protection Officers’ names and numbers in all police stations, and create a pamphlet listing all Protection Officers’ names and numbers for distribution. 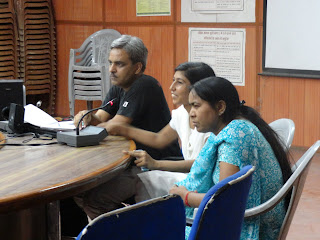 After the training’s conclusion, many participants expressed that the training was useful for them because they were able to ask questions about PWDA and their role as protection officers, and discuss the problems and challenges they have faced so far as public servants.