Staff members’ stories about their personal involvement with Vikalp and the founding of the organization touched many workers, deepening the meaning of their contributions to Vikalp. Department presentations allowed programs to be viewed with new eyes, as staff members questioned, critiqued, and applauded their colleagues’ work. Further, staff stepped beyond the typical PowerPoint presentation, and demonstrated their work in creative formats like skits. This cultural expression allowed Vikalp staff to perform a certain scenario and test out their corresponding support programs. Individual teams evaluated their strengths and weaknesses and made plans accordingly for the next year to improve their team performance. Staff also looked to the future, and expressed the dream for their work five and ten years from now.

Other than professional activities, the members participated in exercises to enhance group cohesiveness like a campfire, cultural activities, team-building games, and role-play. For example, staff played ‘tug-a-war’ to emphasize teamwork; they engaged in an airplane game in which staff wrote three qualities about themselves on a plane and if another colleague could identify the person based on the characteristics, they received points. Additionally, staff participated in a plate game in which staff wrote qualities they admired about their colleagues on their plates.

Through these activities, Vikalp staff expanded their program knowledge, obtained a greater understanding of Vikalp’s founding and structure,furthered professional relationships, and created a stronger work environment. 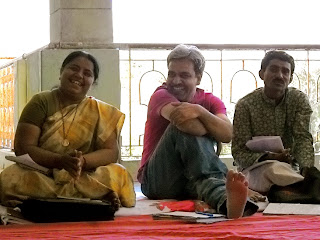 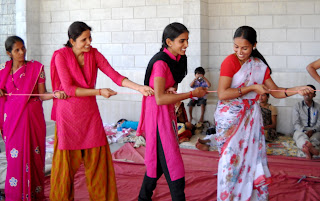 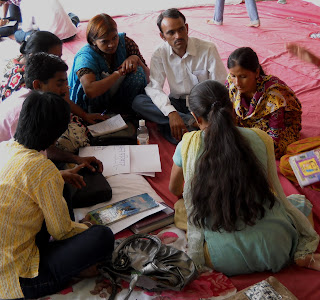 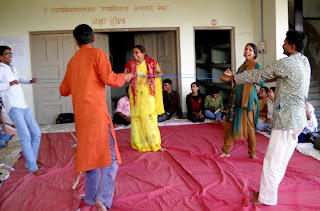 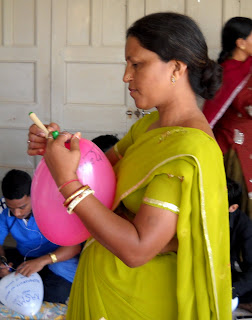 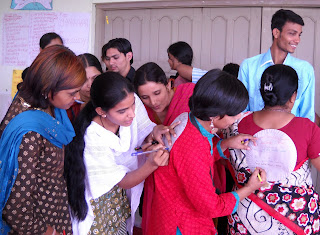 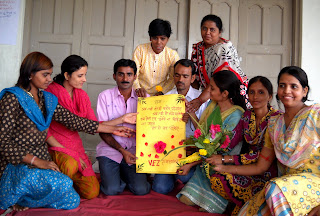 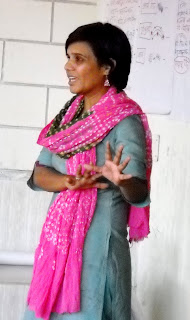 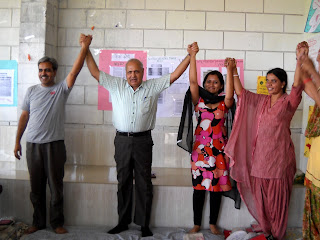 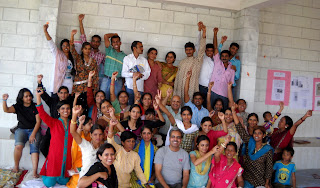